Okay. I've left you all in suspense long enough. :) Here is my agent story, and hopefully it won't be too long.
In mid-December, I entered a pitch contest. The agent judging gave me an honorable mention, and when I e-mailed him my query letter to critique, instead of critiquing, he asked to read the whole book instead. After that day, I started to query. My letter was in the best shape I could get it in, and I started sending it out.
Twelve agents received that letter, and six of them asked for partials or fulls. I was honestly shocked. I had queried another book before this, but it hardly got any bites so I put it away. Anyway, as I received rejections and requests, I kept sending out letters.
This kept on going until January. I got a few rejections on my full, but I kept my chin up and kept getting requests, so I didn't give up. Until I got one from one of my top agents. I was sad. I told myself I'd send out one more letter and be done with it. My book wasn't good enough, and obviously something was wrong with my writing.
The last query letter I sent out, was on January 27. It was to Uwe Stender at TriadaUS literary. I found him on querytracker (AWESOME website), and just thought, what the heck. I'll send one more.
Later that day I got a request for a full from him. I didn't think much of it until later when I posted on querytracker and people told me he didn't ask for fulls very often.
So, I spend the weekend forgetting about queries, not thinking about my book and just hanging out with my family.
On Monday Feb. 1, I got another full rejection and decided to put my book away forever. Five minutes later, the phone rang.
I answered, and the voice on the other end had an accent. I thought it was a telemarketer, but when he said who he was, I about fell off my chair.
The conversation went like this.
Uwe: "This is Uwe Stender from TriadaUS."
Me: "Are you serious?" **DIES**
Uwe: *laughs*
Me: (passed out on the floor.)
He LOVED my book. He couldn't stop talking about it, and told me he couldn't put it down when he was reading it.
I was in shock. I honestly didn't even know what to say. I couldn't think of any questions and for a minute there, forgot I even wrote books!
So, I told him I would get back to him within a week. I got off the phone and called everyone in my phonebook. (Just kidding. Sort of.)
I sat down at the computer and e-mailed the last five agents who had partials. I got five responses almost immediately and they all asked for the full.
So the waiting began.
I got another offer on Tuesday, talked to that agent on Wednesday, and had a decision to make.
The other agents graciously passed, and I was okay with it. I didn't want my decision to be harder than it already was.
I called Uwe again, and asked him my questions. I talked to the other agent and asked her the same. In the end, I decided to go with Uwe. He was the one who originally loved my book, and I really clicked with him more than the other agent.
So, there you have it! I have an agent! I still can't believe it! I never thought it would ever happen to me, and here I am! I have a ton of work ahead of me, but I'm excited for this new journey. It will make me a very patient person, and I can do what I love, and hopefully sell a book someday. I feel like I'm still dreaming. :)
SQUEE!!! :D
Posted by Chantele Sedgwick at 10:05 AM

Woooooooo hooooooo! So happy / excited / freaking out / jumping up and down / thrilled for you! :):):)

grrr. Your blog ate my first comment. It was a good one too! Brilliant actually. Let's have a moment of silence for my last comment, knowing that this one will come no where close to its awesomeness. The gist of it was: You are awesome!!!!! Congrats!!!!!!

Awesome, Chantele! So, so awesome! And also so good for me to hear right now. I'm glad you didn't give up.

@Kasie West I hate it when blogs eat my comments! I'm sure it was a great one. I had a moment of silence for it. Congrats on your agent as well! SO exciting!!! :D

@Krista V. Don't give up Krista! You've gotten so many requests. Seriously. There is an agent just waiting for you and your awesome manuscript! Hugs! :)
@Jolene Thank you so much!! I'm still jumping up and down!! :D

@Renee Collins
Thanks Renee! Your story actually inspired me to keep querying and not give up. I beat myself up and give up way to quick, but I kept going and I will keep going until I get a book sold. It may not even be this one, but I won't give up. :) Thank you for inspiring me!

That's really great! Keeps hope alive for the rest of us. Thanks for visiting my blog My Life In Writing. I also live in UT so that's pretty cool.

so so brilliant!!
HUge congrats. So exciting! Well done!!

This is so awesome, lady. SO AWESOME. Congratulations!

Oh yeah, and welcome to the crusade :-)

@Melanie Jacobson Thank you so much!!

@Rachel Morgan Thank you! Thanks for stopping by my blog! :D

That's awesome! I loved hearing about your agent journey. Hopefully I'll have my own some day.

By the way, we are in the same Crusade group. :)

How exciting. I guess it's true that it only takes one. So happy for you.

That's a great story. "Just as she gave up hope—the phone rang!" Congratulations!

@Ben Spendlove I always heard about people getting an agent right when they gave up hope. Don't do that though! Don't ever give up! :D Thanks for stopping by my blog!

@Michelle Merrill Yay! I'm so happy to know we are in the same crusade group! We are going to rock it! :D

@Patti Thank you Patti! It does only take one! :)

What a great story. So awesome. I'm a fellow crusader in your group. I look forward to hearing more about your book. Congrats!

That's an awesome story. (Might be secretly jealous, but it's okay!)

Wanted to stop by and say hi! I'm in your crusade group :)

What an awesome agent story, Chantele! You're absolutely right -- it only takes ONE agent to set the wheels in motion. Congrats and look forward to following your career!

@Jordan McCollum Jordan, you are the best! :)

@Cambria Dillon It is so crazy how things happen! Thanks for stopping by my blog! :)

@Christine Danek Yay for our crusade group! We are seriously going to rock it! :D

That's an awesome story. :) Hello from a fellow crusader!!

Hey Chanetele- hi back from a fellow Crusader, and HUGE congratulations on scoring your agent. You must be completely over the moon :)

Chantele that is awesome news! Congratulations. What's your book about? Would love to hear about it.

I'm in you crusade group too :)

Thank you guys!! :D Sari, my book is about a MALE fairy godmother. Yes, you read that correctly. He has to grant a troubled human girl three wishes to be able to graduate his magical high school. He may or may not end up falling in love with her. ;)

Oooh love the premise. Definite original spin on the fairy topic. Will definitely check it out when it's published ;)

Chantele! This is the bestest news ever!!! What an amazing experience. CONGRATULATIONS!!! 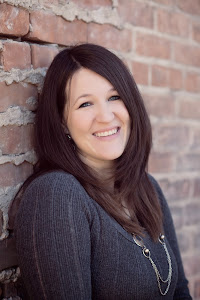 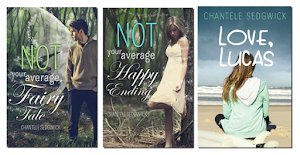